A suite for soundtrack and jazz ensemble, was written early 1999 for The Houdini's. The soundtrack is composed of samples of emotional confrontations from American talkshows of the 90's. The one-liners and dialogues between hosts and guests make ideal musical themes because of their emotional content and intensity. Each and every note is derived from the melody and rhythm of the spoken word. The music is written out from beginning to end, with the obvious exception of the respective solos for trumpet, piano, tenor sax and alto sax. Intuitive association has resulted in a collage of jazz and rock clichés, the typical idiom of musical interludes of talkshows. VJ Danielle Kwaaitaal compiled a video show for Heartbreakers in 2001. For this video Jan Willem Looze reconstructed the smashing premiere of this unique mixture of rock, jazz and dance at the JacobTV Festival, March 3 2001. 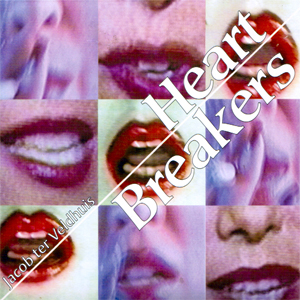