There is something very magical about this band called The Houdini's. The six young Dutch masters who first travelled to America in 1991 to record at the legendary Rudy Van Gelder studio, appear to be, like that famous engineer, wizards when it comes to sound. The group combines sophisticated, often daring harmonies with clever juxtapositions of rhythms to create the sonic illusion of a much larger band than a three horn sextet.But having a big (and identifiable) sound is what this band is all about. Which is why the group decided to return to the revered Englewood Cliffs studio to make this, their third disc. The musicians loved the sound they got from Van Gelder on their previous date (the critically acclaimed Headlines - Timeless 382) and were understandably reluctant to entrust this recording to anyone else, fearing an inferior follow-up. Moreover, the sound of this new music was lush, even fuller and Rudy's large room and skillful ear could only enhance that feeling. The date begins with altoist Rolf Delfos's Catch 22 Hot, the band bard's homage to Joseph Heller's ironic war novel. The polytonal blues is introduced by a short poem memorializing 'Rudy's place' before the searing saxophone solo sets off the explosive music. Pianist Erwin Hoorweg follows, battling with the rifting horns to maintain the exciting atmosphere right up to the abrupt ending. 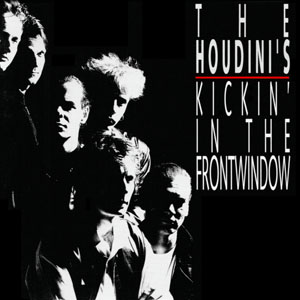